Today we welcome Maxim Jakubowski to mark Mystery Tour, the latest anthology of short stories from the Crime Writer’s Association, edited by Martin Edward. Maxim is known for his writing in the fields of crime, erotica, science fiction and rock music. He ran the Murder One bookshop, chairs the judging panel for the CWA John Creasey Dagger, and is current joint vice chair of the CWA. Welcome aboard! Here’s his contribution:

As Bob Dylan, or was it something he stole from another source, once said ‘You are what you eat’, and accordingly I am the aggregate of everyuthing I’ve seen, read, absorbed over the years. And I daresay most other writers too, whether in the crime and mystery genre or not.

My story in the CWA anthology Mystery Tour, ‘Cruising for a Killing’ was actually written whilst on a halfway round the world cruise, so the request from Martin Edwards to submit a new story on the theme of travel was timely.

Yes, our tender took us to the shores of Nuku Hiva and there is a cove there seemingly popular with sharks. But, even more so, the theme of the story harks back to my own obsessions with the beauty and unknowability of women and its murderous consequences and I’m alawys happy to wear my influences on my sleeve.

These three books all left a strong impression on me in the past and I am sure their influence still affects everything I write.

The Eye of the Beholder by Marc Behm

A forlorn private eye seeking his lost daughter over decades, a young woman who attracts men into her seductive web and then brutally disposes of them for no apparent reason, their minds a deep mystery, but their connection deadly as it is unexpected and unexplained, when he betrays his job and employers and begins to clar up her murders while still following her. A poignant road movie that crisscrosses the American highways as both characters flee their inevitable destiny. A skewed love story and, overall, imbued by a profound sense of poetic and emotional disconnect. It’s been filmed twice, in France and by an Australian director, but neither version accurately captured the curious power of the unforgettable book (disclaimer: I was the novel’s original UK publisher).

Get The Eye of the Beholder here.

A car with a flat tire in the middle of a desert, an everyman in his fifties with a past full of regrets who stops to help the stranded but gorgeous Suki Flood, an eighteen-year old temptress in cut off shorts who was at the wheel and the scene is set for a classic noir trope of unsuspecting man being caught in the web of the femme fatale, with both thrilling and tragic results. Add a thrill a chapter, an unforgettable villain who happens to be called Mink and is lumbered by a dominating mother, a touch of kung fu, water torture and the fact that Suki the temptress needs saving time and again as the plot descends into chaos. A gem of a novel, which begs to be filmed. Sadly Leininger has never reached the same heights again and now appears to be self-publishing.

A stunning debut by a young Canadian author. An existential thriller with deep resonance about the way people’s past influences their lives despite their best effort to subvert it. Fathers on the run, lovers on the run, a crisscrossing waltz, past and present, across North America’s desolate roads, with souls on fire and sadness prevailing. To cap it all, a heartbreaking ending which might not have been allowed had the novel not been initially issued by a small press. Mandel has since moved on to larger shores and her fourth novel Station Eleven reached the bestseller lists, albeit in a different genre. Her follow-up The Singer’s Gun is equally worthy of inclusion in this list (see my article on Mandel for Mulholland Books🙂

Get Last Night in Montreal here.

Thank you Maxim for your choices. Don’t forget to check out previous entries in this series and also (for we are on the Mystery Tour blog tour) the other stops on the tour. Mystery Tour itself can be procured here. 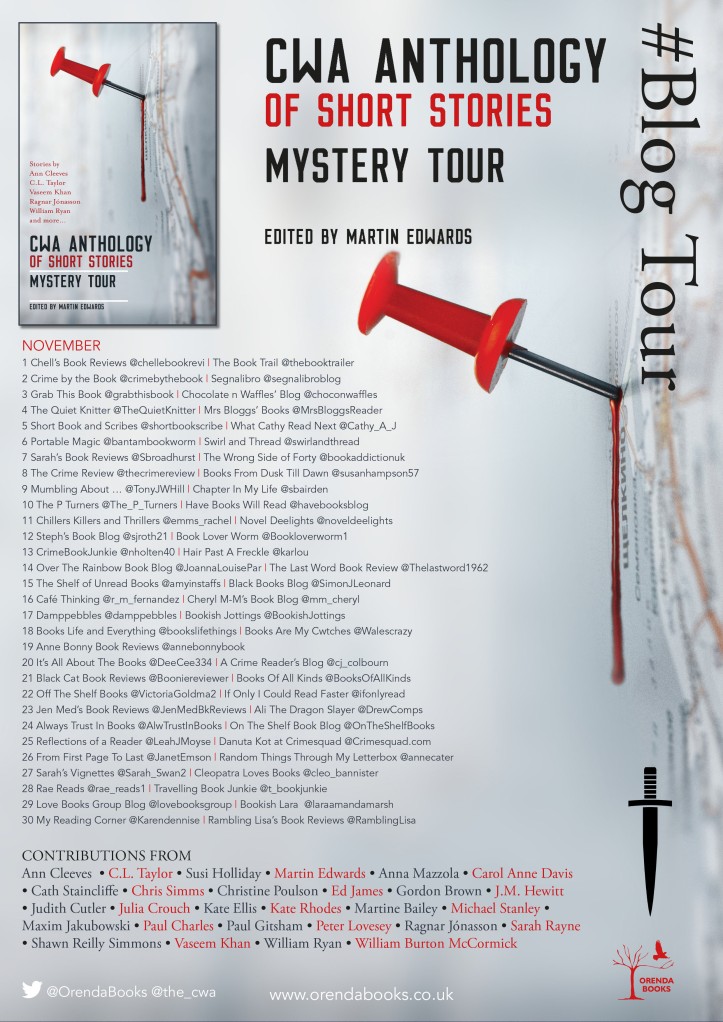