Hardworking may be the hardest word

Take a trip to the centre of Manchester between now and Wednesday and you may be greeted with this sight: 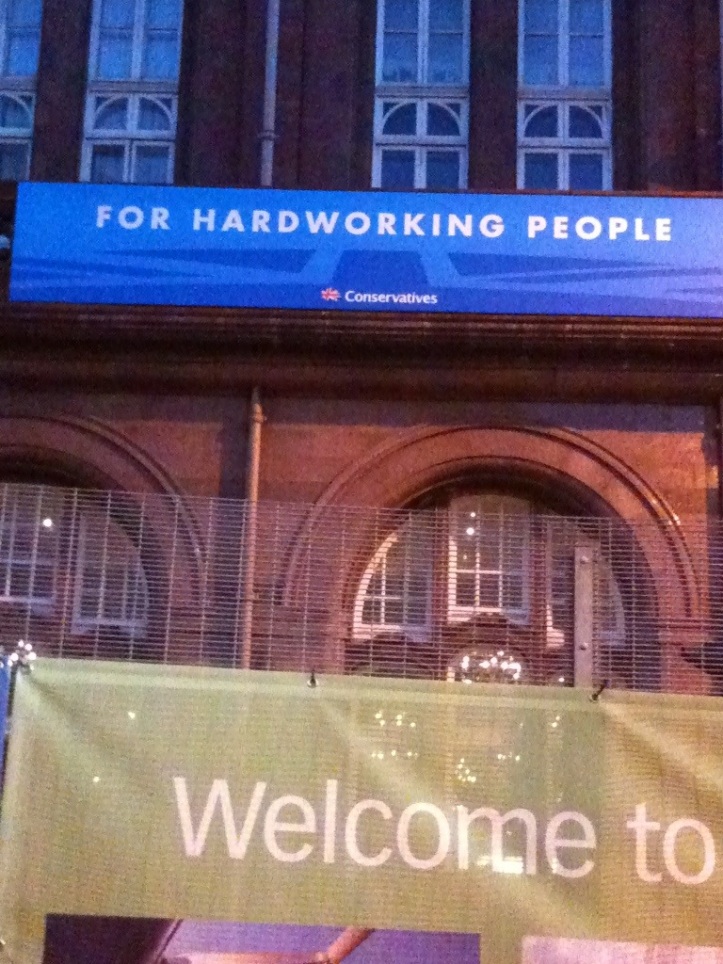 That’s right. A hotel saying it’s for the hardworking – but unless you can get past the ‘ring of steel’ you’re barred. The implication, of course, is that you just aren’t hardworking enough to be a Conservative.

No doubt whoever came up with the slogan thought it was aspirational: that the millions of the low paid would suddenly realise that they had common cause with Cameron and co. The thousands who marched in protest today at the state of the NHS should, under this logic, have realised that the Conservatives were their kinda guys, laid down their placards and started discussions with Grant Shapps as to how they could, together, vanquish Red Ed. Teachers? Dislike Michael Gove’s reforms? How can you, when they are designed for hard-working professionals like yourselves?

A branding consultant might argue that each of the words in the slogan does a job. ‘For’ is useful because the Tories are usually painted as being against everyone and everything. ‘Hardworking’ reminds people that the Tories are for the workers, unlike, apparently, the party that has ‘labour’ in its name. ‘People’: the Tories signifying they are for you – a person – and not big business or other vested interests.

I don’t think it works. ‘One nation’ may be rather too vague but it does indicate Labour’s aspiration to bring the country together. That may be a deluded goal, especially as it has taken until now to put flesh on it, but it does talk to the country rather than the party. It also plays to Labour’s strengths – that they are seen to look out for ‘people like me’. The problem for the Tories is that this slogan is not just that it is self-congratulatory. It’s meant to entice hard workers who currently support other parties or none, but I think it will just wind them up. After all, which political party is not for hard workers? Unlike ‘One nation’ which quite a cheeky land grab, this slogan places a stake on a piece of land that cannot be won by any political party. What a waste of all that hard work.

My Tweets
Join 2,633 other subscribers