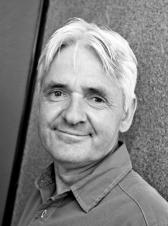 Today we welcome Kjell Ola Dahl as part of the blog tour for the new novel, Faithless. ‘The Godfather of Nordic Noir is back,’ screams the press release, but the praise seems earned: this Norwegian writer has published 11 novels since 1993; they have won prize after prize and it will be interesting to see whether Faithless can continue the trend. Early reviews have been very positive.

Here are his selections:

‘I accidentally stumbled across James Crumley’s novel The Last Good Kiss, part of the Crumley’s C.W. Sughrue series, in the Strand Book Store in New York. I read the first sentence and fell for it. 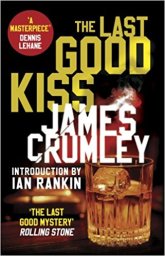 ‘Sughrue is a part-time barman and part-time private eye. In this book he has been hired to find the author Abraham Treahearne. The novel starts in a bar outside Sonoma, California, with Sughrue having just tracked the writer down. This is where the real story starts. Sughrue is asked by the bar owner to search for her daughter – Betty Sue Flowers – who has been missing for ten years. The writer and the detective – both passionate drinkers and liars, with an eye for literature, justice and women – then set off together. This is noir, but set in in the late seventies, with an atmosphere as good as in Chandler’s best books. Crumley’s focus on the psychology of his characters, combined with his wit, humour, cynicism and use of language make this a classic, and a huge inspiration for me.

Get The Last Good Kiss here 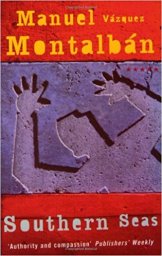 ‘In my opinion, a lot of contemporary crime fiction has sadly lost contact with the social criticism that previously characterised the genre, instead becoming so many stories describing various forms of violence. One book that stands out as being the opposite of this trend is the novel Southern Seas by Manuel Vasquez Montalbán.

‘Montalbán was a communist (he was arrested by Franco), a poet and a gourmet. Luckily for readers, he wrote crime fiction too. His protagonist is the private detective Pepe Carvalho. Montalbán’s stories always have good plots, coloured with plenty of atmospheric descriptions of his beloved Barcelona. Pepe and his assitant, Biscuter, always eats lots of good food; and Pepe even sets fire to books when he wants to warm himself.

‘In Southern Seas, Stuart Pedrell, an eccentric Barcelona businessman and patron of poets and painters, disappears after announcing that he is going to travel to the south. A year later he is found stabbed to death on a construction site in Barcelona. Carvalho is hired to find out what really happened. Carvalho, like Montalbán himself, is a former communist, and he must penetrate the Barcelona underground and old anti-Franco left-wing circles to find the killer. Montalbán’s blend of satire, social criticism and smooth language makes this one of my favourites. 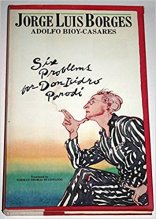 ‘The Achilles heel in much crime fiction is the mystery itself. The most elegant story can take a long, hard fall if the plot breaks down at the end. One writer who explores literature through perfectly formed puzzles is Jorge Luis Borges. He has written lots of other great literary stuff, but also a small detective-fiction short-story collection, called Six Problems for Don Isidro Parodi. Borges wrote these short stories together with his friend, Adolfo Bioy-Casares.

‘These six stories are what I would describe as ‘advanced’ mysteries. And Parodi is in fact a parody of a real detective. He is in jail. And not being able to go outside, he has to do all his detection by thinking. He receives visitors in prison, and each of them presents a problem through a story, asking Parodi for his help. Parodi rearranges the elements of their stories, and in this way presents the logical solution to the problem – what really happened. I like how the co-writers use classic crime fiction elements, such as deduction, in their own way, and how they reverse the roles. For example, you could say that the various mysteries interrogate the detective, and not the other way round. The funny thing is that some of these ‘problems’ are clearly inspired by the classics of detective fiction. A pleasure for the crime-fiction afficiando.’

Phew – some atmospheric choices! Thanks to Kjell for sharing them. You can buy Faithless here, and don’t forget to check out the other participants in the blog tour via @OrendaBooks. And (adopts Nicholas Parsons demeanour) come back next Thursday to find out who’s in…the secret library!