Welcome to Secret Library, where authors nominate books that have been unjustly neglected and which you should read. Today the library is staffed by the best selling author David Young. David took the fiction charts by storm with his thriller Stasi Child and has followed it up with Stasi Wolf. These thrillers, set in 1970s East Germany, provide an extra layer to the standard procedural as the friction between police and Stasi becomes a feature in itself. I’m fascinated by the DDR and am delighted to see that two of David’s choices give us monoglots the chance to go further and deeper than The Wall Jumper and The Lives of Others. And the third choice is an interesting study of injustice. Here they are: 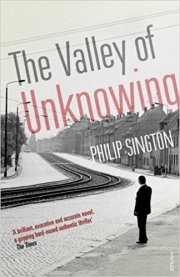 The Valley of Unknowing – Philip Sington

It’s a portrayal of a slice of life in the German Democratic Republic, through to its last days in 1989, through the eyes of one of its (fictional) former leading novelists, Bruno Krug.

Krug is an unofficial collaborator with the Stasi – the state security ministry – and his early work is held up as a paragon by the GDR authorities. But he can’t seem to recreate this early success, suffers from writer’s block, and survives as a part-time freelance plumber in ‘The Valley of Unknowing’ – ie the part of East Germany where the local topography prevents the reception of West German tv signals, and therefore – to some extent – knowledge of the outside world. Krug’s pragmatic, ‘me first’, way of life – his own survival being paramount – provides Sington with numerous opportunities for humour.

The book describes how the manuscript of a novel (with the working title The Valley of Unknowing) by an up and coming East Germany author Wolfgang Richter falls into Krug’s hands for appraisal. Richter’s novel has in turn been inspired by Krug’s early blockbuster, The Orphans of Neustadt. But it’s dynamite, near unpublishable in the East because of its thinly-veiled and withering critique of life there. When Richter dies in mysterious circumstances, Krug – through being ‘economical with the truth’ – passes the manuscript off as his own work.

I’ve seen it described as a literary thriller and that seems fair. All the characters are well-drawn and believable, and the plotting and structure – with several fictional books within a book of fiction, like Russian dolls to unpeel one at a time – are quirky and fresh. 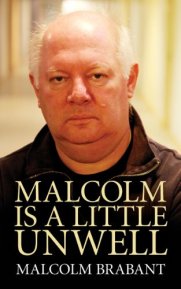 Malcolm Brabant is a larger than life character, winning awards as a foreign correspondent for the BBC and more recently for PBS Newshour. This harrowing story is the account of how he was sent insane and nearly killed by an adverse reaction to a yellow fever jab. A jab he only had to have because he’d fallen out with his bosses in one section of the BBC and they starved him of work. As a result he had to earn his crust elsewhere: in his case with UNICEF who insisted on the near-fatal jab before he could go on assignment. Despite its dark theme, Malcolm’s humour and the fantastic support and bravery of his wife Trine shine through. It’s a David versus Goliath tale, only in this case there are two Goliaths: the pharmaceutical giant, Sanofi Pasteur, and his freelance employers, the BBC. Malcolm’s not heard or seen on the BBC so much these days – but other broadcasters rightly value his old school ‘the story comes first’ journalism and he and Trine have fought back brilliantly. His battle against Sanofi goes on. ‘David’ hasn’t won yet – but Malcolm and Trine will not give up the fight, and reading this superb yet disturbing book, you can understand why.

This is a lovely, inspiring read – part memoir, part history, full of little gems of information and – given Oliver’s search for love throughout it – has a nice twist towards the end. It’s written in a very chatty style, by a native East German – and not, as far as I know, professionally translated, as it was aimed very much at an English, western audience. That just adds to its charm. The writing is generally very good and the occasional slight misphrase doesn’t matter. It’s packed full of jokes, anecdotes and facts – as well as Oliver’s opinions. He treads a fine line. You can tell he’s proud of his heritage, while dismissive of the worst bureaucratic and snooping aspects of the old Communist regime. But East Germany did have its successes – its free health service, excellent childcare facilities etc and with this book you get it warts and all. The author sums it up in his conclusion: ‘Better executed, communism might be a worthy alternative … for the time being, I’d rather be exploited by capitalists, than ruled by a dictatorship of the proletariat.’

Many thanks to David for taking part. Check out my review of Stasi Wolf here – or just go straight ahead and buy it – and if you’ve missed any of the series so far have a look here. See you next time.