Secret Library today welcomes Charles Harris, whose novel, The Breaking of Liam Glass is out on 29 June. We’ll be reviewing the book in due course but in the meantime Charles has some favourites to share. He is, by the way, a writer, director and script consultant for cinema, television and theatre, has a number of non-fiction and short story titles under his belt, and speaking of belts, he’s a black belt in Aikido and trainer in arts against street violence. Welcome to the library, Charles.

As I Walked Out One Midsummer Morning by Laurie Lee 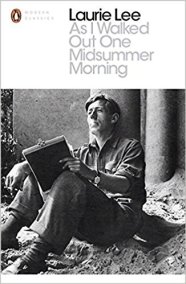 I don’t know anyone who’s opened this book who hasn’t been immediately enchanted by it. Much less famous than Cider With Rosie – the first in Laurie Lee’s autobiographical trilogy – this sequel finds Lee leaving home on foot with little more than his violin and the determination to make his way by busking. He walks first to London, and then on a whim (because he knows one Spanish phrase) buys a boat ticket to Spain. Here the writing really takes flight. Spain in the mid 1930s is revealed in all its beauty and poverty, hospitality and violence. I first read this book many years ago, an unexpected inheritance from a close family friend, and its many vivid images have stuck in my mind, as, I found myself drawn in to Laurie Lee’s strange and unique mix of naïve innocence and acute observation. On re-reading, I found I’d forgotten how the tone darkens, especially with the approach of civil war, adding to the book’s depth. Nevertheless, what keeps coming back to me is the sun-broiled landscape, and Lee’s cast of richly varied characters. And a style that seems so simple yet can capture a moment in a single phrase.

There are two kinds of creative artists who inspire. Some have such a breadth of vision they make you feel ten feet tall – Beethoven, Shakespeare, Dickens. Kurt Vonnegut is the other kind. He makes the whole job seem like it’s a breeze. As if the words somehow float onto the page. Of course, that easiness comes from enormous effort, but no matter, that’s how Jailbird has always made me feel. At the centre of this drily satirical yarn is Walter F Starbuck, about to be released from jail, reminiscing over his comically small involvement in Watergate – the conspirator, he keeps reminding us, that nobody ever remembers. As Starbuck’s story unfolds, through his next two days of freedom, the breath-taking mix-up of real characters and fictional tumbles along as if it’s the easiest thing in the world. Along the way, Vonnegut exposes the worst flaws of the political right and left, American democracy and corporations alike. I keep this one on my secret shelf to remind myself that writing doesn’t have to be grand and difficult. It can be as light as a rapier and just as deadly.

The Second Coming by John Niven 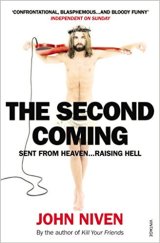 There are few books I wish I’d written – but The Second Coming is at the top of the list. The premise alone is to die for: at the start of the Renaissance, God goes off on a four-hundred year fishing trip, relaxed about the future of mankind, but returns today, aghast to see what a toilet we’ve made of it. Clearly He’s going to have to send ‘the kid’ back to sort things out again, and remind them of his sole commandment: ‘Be Nice.’ (Moses apparently scrapped it and made up ten of his own). Jesus, meanwhile, is an easy-going dude who’s been kicking his heels around heaven for the past two thousand years, and is very into music. So his plan is to enter to Pop Idol-style talent show. But to succeed he must face the evil Simon Cowell-like producer who runs it. What’s not to like? The thing about satire that many writers forget is that you have to both make people laugh and think. One without the other just isn’t good enough. Niven never forgets. The book is laugh-out-loud funny and yet never at the expense of accuracy. The characters themselves are spot on and acutely observed (Niven was in the music biz himself). And the story bowls along merrily, while offending just about everybody who likes being offended. What more could you want?

Thanks Charles for these nominations. Don’t forget to check out The Breaking of Liam Glass and also previous entries in the series. See you next week.