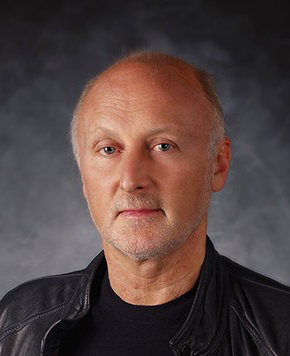 Today we welcome J F Kirwan to the Secret Library as part of the blog tour for his novel 66 Metres. I want to describe him as a professional anti-catastrophist, working as he does in settings such as oil rigs and nuclear power plants to keep things safe. His biog says he has a ‘sense of how catastrophic events start off slow, simmer awhile, then gather speed and accelerate towards the final event’. So no crossover with writing crime, then. He started writing after sustaining a scuba-diving injury which stopped him partaking of his great love, diving, for eighteen months. 66 Metres is the first in the Nadia Laksheva trilogy of spy thrillers. Here’s his selection of books that probably should get more attention than they do: 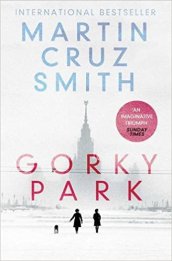 This was possibly the first real thriller I read, or at least the first one that really made an impression. I remember being hooked from the opening pages, when three unidentifiable corpses are found in Gorky Park in Moscow. In just a few pages you are immersed in the richness of Russian culture, via the conflict between the police and the KGB called to the scene of the crime. The story concerns the silent battle between those seeking justice, and those whose sole aim is to protect the political system. This is made palpable and personal via the protagonist, Arkady, as he struggles to get to the heart of these gruesome and seemingly senseless killings, and is continually blocked by ‘higher powers’ who can make evidence, or even people, disappear. The tension and the suspense never let up, especially as Arkady gets closer to the killer and finds himself in the line of fire. Cruz-Smith’s depiction of the local colour of Moscow is superbly evocative, and to me captures Russia more than any other thriller I’ve read. But most of all, as always, it’s the utterly believable and nuanced characters that make this book compelling reading. To me Gorky Park was a precursor of contemporary thrillers today. It was made into a movie, but as is so often the case, the film version never came close…

The Tin Men by Michael Frayn 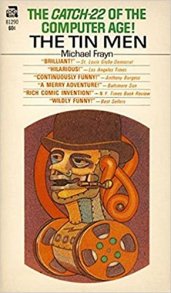 I read this pearl of a book decades ago, and to me it was the fictional ancestor of television series such as The Office. A sleepy-hollow research facility finds out that the Queen is going to pay a visit, and in the rush to prepare, an organization loses its collective marbles. I’m a fan of Samuel Beckett, and The Tin Men is a hysterical rendition of ‘Waiting for Godot’ transplanted into a company of very intelligent, yet unfailingly clueless people. I’ve worked in research most of my life, and there are times when I roll my eyes and feel like I’m back in this book. Two of my favourite scenes relate firstly to the security measures introduced, such as renaming the days of the week to confound possible intruders or terrorists, and secondly to a Human Resources manager so obsessed with efficiency, and fearing people are spending too much time in washrooms, that he practically camps out in the Gents to spy on staff. There’s also a fascinating secondary theme to the book as the main research concerns teaching robots ethics by putting them in life-threatening simulations, with hilarious and unexpected results. If you think the company you work for is perhaps a little deranged, take a look at this book. This is Catch 22 transposed into the humdrum of office life. And as with Catch 22, there’s no way out…

Get The Tin Men here. 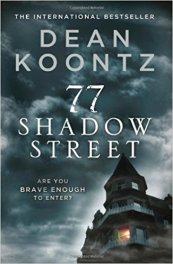 This is one of the few horror books I’ve read. I like Koontz because he’s such a masterful writer, economical yet vivid. His plotting is complex yet perfect, and he is able to paint an effective character portrait in a couple of sentences, so you feel you know every player in the cast, even when you wish you didn’t. I read the book while on an exotic holiday, and kept getting shivers down my spine despite the tropical sun. Interestingly, as the book progresses, at first it seems to be grounded in horror-fantasy, but later it is closer to being science fiction or even techno-thriller, and you think that, yes, maybe this could actually happen. But it doesn’t matter. This is scary stuff, and the pace is relentless. Imagine an apartment building (The Pendleton) with thirty or so residents. Most are going to die during the book, in very nasty ways. Some of the people we’re not that unhappy to see go, whereas with others it is tragic that they are taken. You may occasionally sneer as one bites the dust, but you will also weep for another, and pray, no, no, not this one… The reader leaps from one potential saviour to another, like running across a broken-up ice field, trying to reach the shore by hopping from one wobbly chunk of ice to another, with something unfathomable yet deadly closing in behind… The hapless characters must stop the evil predator killing them (which they do, by the way), because after the building’s residents succumb, the evil within will be unleashed on the rest of the world. But the guests are normal people like you and me, trying to survive a nightmare they can only grasp at the end. Constantly surprising, brilliantly conceived, occasionally humorous, this is Koontz at his best, and the end absolutely doesn’t disappoint.

J F Kirwan is the sixteenth author to take part in the Secret Library feature. Each week I am forced to think of new ways to describe the fantastic selections made and more to the point the insights shared by the participating author. I will conclude today just by thanking JFK and nodding meaningfully at you, dear reader. Don’t forget to check out 66 Metres, the other blogs taking part in the tour (see below), and the previous features in the series. 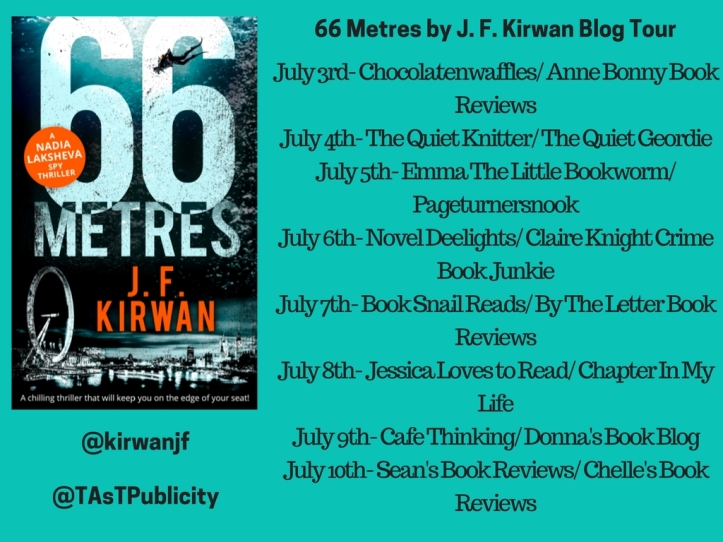