Open Your Eyes is a psychological thriller that’s really hard to put down. By and large that’s because of the quality of the lead character and first person narrator, Jane. Jane starts the book as someone who hides in the house while her husband faces down an unpleasant neighbour. She deals with the horror of her husband’s brain injury, while being suspected by the police of the attack, warned off by contacts of the attacker, and she emerges through the other side having come to terms with her dream vocation. Paula Daly throws everything at her character: dealing with the injury, the manipulative ex, the stroppy sibling, the randy old soak of a mutual friend, an appalling lag in a visit to a prison which isn’t even the worst of her adventures. This could have backfired and become a bit melodramatic, if Jane were not such a good narrator. Her style is warm, personal and natural. We as readers sit alongside her as she tends to Leon, flinch as she deals with an attack, peer over her shoulder as she investigates the mysterious Alastair Armitage. She is self aware and reflective. (Someone who was truly nervous would probably not wonder if the detective, Ledecky, was watching to see if she, Jane, were relieved by Ledecky’s question. But it’s very well done and if we question it, we assume it’s done with the benefit of hindsight.) 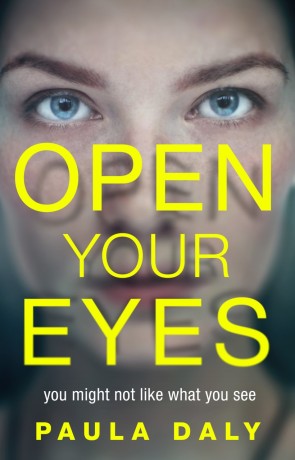 It’s good that Jane is a tutor of creative writing because she can certainly tell a story: the pages just fly by. She knows the value of short chapters, some of which have cliff hangers (but these don’t feel forced), to help the reader along. The whole writing thing is quite inspired because it’s in the frequent asides about authors and publishing that Jane is able to express her personality. She isn’t impressed at all by independent publishing, nor is she happy with the snobbery that surrounds genre fiction. I giggle stupidly at the names she makes up for writers of books dismissed as chicklit (on page 296). It gets increasingly meta and I think that Daly does this better than does Anthony Horowitz in The Word is Murder: it’s extremely confident to critique other work (even if it’s legitimate for Jane, as a tutor, to do so), and I enjoyed Jane’s reference to Leon’s Gold Dagger award, a trophy for which Daly has been shortlisted. Perhaps the ending jumps the shark a little – not the concept itself which even I managed to predict but we so want Jane to succeed that we don’t care – but the final sentence which feels clumsy and unnecessary.

The mystery itself is a good one, puzzling and relatively complex. The cast of characters is wide enough to be interesting (including the family pet, Bonita), and the inclusion of hardman Ryan Toonen provides a wildcard that opens further possibilities. When it comes, the unmasking of the villain is unexpected and satisfying. And we return to Jane’s family: not the same as before but do you know what, they’ll be OK. There are things that aren’t settled (whither Leon) and a wider question about what it means that Jane could fulfil her dream only when Leon’s star had faded. This book does have a hard edge at times.

If you’re looking for a thriller that will hold your attention you might want to give Open Your Eyes a try.

Thanks to Corgi Books for the review copy. Check out other stops on the blog tour below. 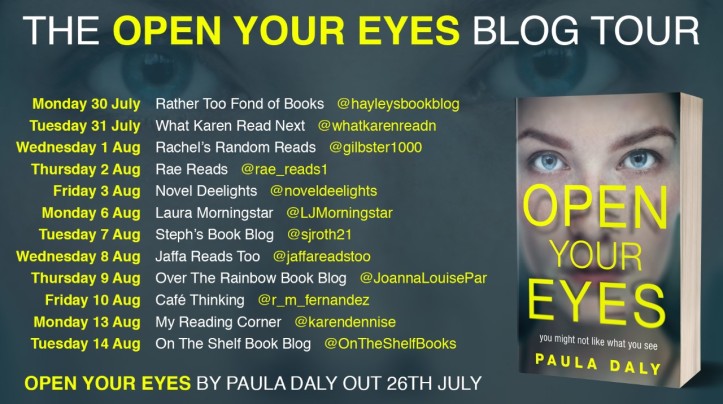