What if, one day, it all fell apart? You know, everything, or at least one of the fundamentals, crumbles: you lose a spouse, a loved one, a family, health, a dream. What would you do and whom could you trust? Those are the questions that Thomas Enger asks us in Inborn. Every appropriate character experiences, or experienced, a rupture. Some of them cope better than others (and in one case the rupture is a positive one). The result is a novel that’s simple in its concept and explosive in its conclusions. Thomas Enger just redefined the literary thriller. 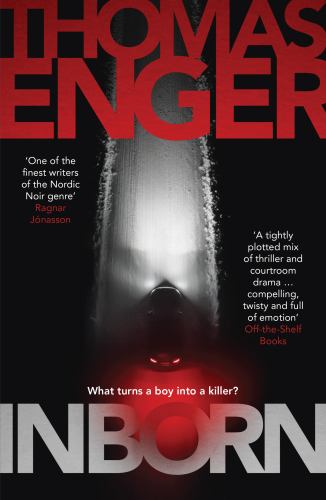 We’ve seen before, in Enger’s Henning Juul series, just how he’s prepared to allow small misunderstandings to become indelible and defining moments in his characters’ lives. But here he dials it up to eleven. Inborn examines the brittle facade behind which families are bound together. It invites us both to look behind the facade and to consider what effects that facade might have on those outside the immediate group. It’s about damaged souls who muddle through with the help of others, and what happens when those helpers’ good intentions get taken to their absurd but logical conclusion. It’s about whether a path is laid out for us and, if so, how we might diverge from it. And it asks us two unavoidable question: would we recognise the greater good? And if we did, would we act on it?

There’s a young man called Even, and throughout the novel he’s being cross-examined by a prosecutor. At least three people have been murdered and the good people of the Norwegian village of Fredheim think he did it. The novel flips back and forth from his courtroom testimony to the previous, real time experiences of Even and veteran detective Yngve Mork. This to-and-fro is a simple but powerful device because it enables us to question our trust in Even and through his eyes to watch the reaction of other members of his family to what he says or what he is about to say. The slow unpeeling of the story means that Enger can contrast the grieving experiences of Even and his family since the death of Even’s father some ten years previously with the thoughts of Yngve Mork, himself a recent widower.

The murders themselves are almost incidental. Enger peppers the narrative with generously-open clues. Yes, there is a kind of a twist at the end; I am not sure that it matters. We’re used to sparse, efficient language from this author but this time there’s precious little light relief other than in the consideration of adolescent awkwardness (and in the acknowledgements which explain the complex gestation of this novel). We do get a magnificently messy act of drama, near the end. But by the end I don’t really care about who did it. I am far more interested in what happens next and how these latest ruptures influence the next stages in the lives of the folk of Fredheim. Isn’t that how a novel should affect us?

You can get Inborn here (affiliate link – note, this is for the Kindle edition as the paperback edition is not out until 21 Febuary).

Thanks to Orenda Books for the review copy. We are hosting the Inborn blog tour today, so go and check out what other people are saying: 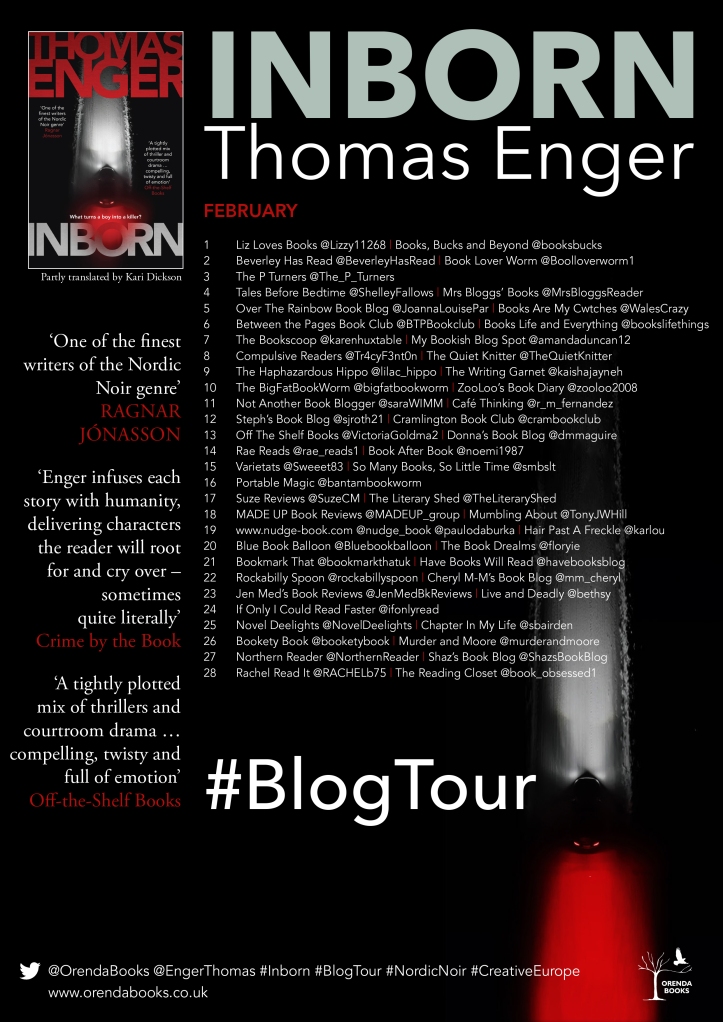