Wolves at the Door, by Gunnar Staalesen – book review

You’d think I’d give Gunnar Staalesen the benefit of the doubt by now. Wolves at the Door is the fourth Varg Veum thriller that I’ve read, but I put off reading it because the topic – child abuse – is one that I don’t want to explore. But Staalesen has done this before – this novel is a kind of sequel to Wolves in the Dark – and this is a careful and thoughtful investigation. There’s nothing graphic or exploitative, and the scene with the deepest emotional punch is extremely deftly drawn. 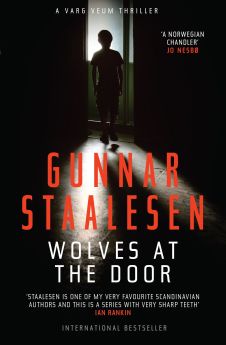 As usual, the character of Varg Veum – social worker turned private detective – is key to the way in which the topic is addressed. Veum is human, moral and methodological. He is personally invested in the outcome of the investigation: on one level obviously so, since said investigation is caused by someone trying to kill him. But he is constantly aware of the effect of the crimes on the lives of the victims. He isn’t trying to solve a puzzle. He is trying to effect justice. It’s an intriguing twist on the hard-boiled detective for hire.

The subject matter means that the Marlowe-esque one-liners that we’ve come to love aren’t always appropriate. That doesn’t mean they are ruled out completely. There is a coffee metaphor which is rather well brought up-to-date. But this PI is not just woke. He uses down time to consider the ideas of redemption and vengeance and whether there are some situations that can be described only as ‘pure evil’. In among some characters leading high chaotic lives, Veum wonders what it would take to break a generational cycle of abuse without ever suggesting that individuals aren’t responsible for their actions.

I felt that this was slower than previous Veum adventures, and that is not a criticism. Staalesen gives the plot room to breathe. It’s an effective way of giving space to social issues without using them for entertainment purposes.

Wolves in the Dark came out two years ago and at times I wished I’d given it a quick flick-through to refresh my memory, but it’s quite possible to come to this novel fresh.

An unusual and satisfying thriller. Next time, I’ll trust this excellent writer.

Thanks to Orenda Books for the review copy, and to Anne Cater for the invitation to the blog tour (see below).

You can get Wolves at the Door here (affiliate link).