From the City, From the Plough, by Alexander Baron – book review

It’s eighty years since the outbreak of the Second World War, and the Imperial War Museum is marking the anniversary by, among other things, reissuing classic novels from the time. We will be featuring a selection in coming weeks, and start today with Alexander Baron’s powerful evocation of the Normandy campaign. 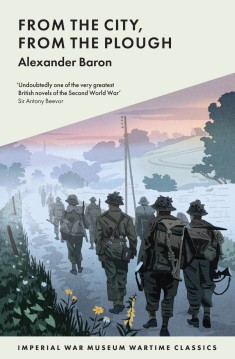 Unsentimental about war but generous to those acting in it, From the City, From the Plough describes the life of an ordinary battalion in the run-up to and in the months immediately after D-Day. The novel is just under 200 pages which seems slightly short by modern standards, but if it is a relatively quick read it lacks no emotional punch, especially in its set-piece battle scenes.

Baron knows exactly how to manipulate the reader. We’re only a few pages in before we hear of the ‘hero’s homecoming’: one of our characters returns home to find that he’s been dumped in favour of a civilian. The framing is clear: we know that the Normandy campaign is a success but even for the winners, victory may not be sweet. As the battalion awaits its instructions, we experience camp life: we’re in the mess tent, the dance hall, the parade ground and the hike trail. In a thoughtful introduction by Alan Jeffreys, we learn that the title of the book reflects the disparate backgrounds of the men. Sometimes this contrast is presented starkly such as during a discussion on Dickens and Austen but sometimes semi-comedically such as when our dumped hero drunkenly writes to his ex in the night while the only other awake soldier is busily copying a pamphlet about scientific approaches to farming poultry. Our everyman, Charlie Venable, is a cockney wide boy but that doesn’t stop him from being the battalion’s philosopher and counsellor. And there’s world class craftiness from an old soldier who plays what we’d these days call four-dimensional chess in order to be shipped back home.

We are with the men in the trenches. And we share the fun of 14 July celebrations. We also experience ‘the unutterable loneliness, a feeling of timeless unreality, a sense of muddy, sodden desolation’.

We learn what isn’t important – the men are removed from the full truth about what is going on elsewhere in the war effort – and what is, with different styles of leadership described and assessed. There are outstanding leaders, those who struggle with their circumstances, or their emotional reaction to them; there are sadists. Occasionally, there are moments for amusement, such as the aftermath to an attack on the battalion’s tea urn. More often, we experience the routine, and the way in which the different men fit their own characters around it. Morale can be easily lost but also artificially improved.

We root for the men of the Fifth Battalion, of course we do, but Baron can be ambivalent about whether they are any good. And the book is especially powerful for its depiction of great victories without giving the reader a false feeling of glory. At one point: ‘there was little to distinguish the victors from the vanquished.’ At a time when British exceptionalism is on the rise, that is a sentence that requires personal examination and consideration.

An outstanding novel that deserves to find new audiences.

Thanks to the Imperial War Museum for the review copy.

Get From the City, From the Plough here (affiliate link). 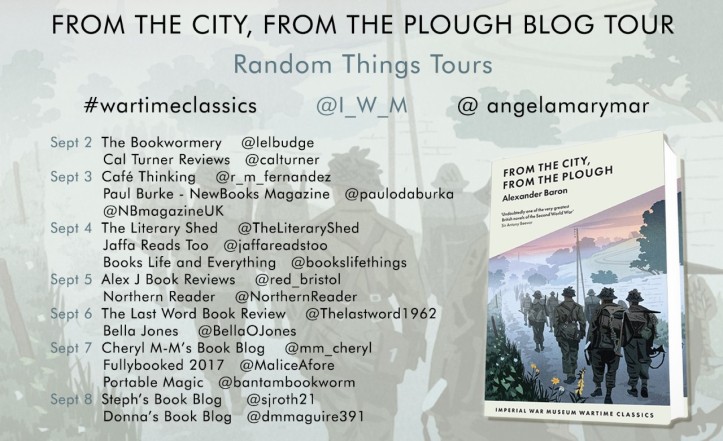