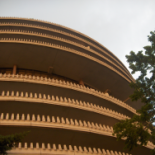 Postcard from Brighton: Mods vs rockers at the Labour Party Conference 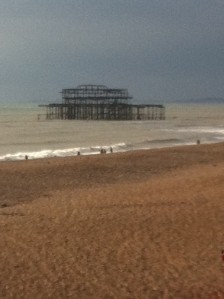 Two angry tribes met earlier this week in Brighton. The rockers arrived with a swagger, buoyed up with their leadership win. No one really knew how the vanquished mods would react. Head rocker (lead non-singer?) Jeremy Corbyn has been accused by the hated commentariat of taking the Labour party back to the 1980s but there were times when the 1960s, with its Cold War focus on nuclear war might have been more appropriate. Corbyn told both sides to put away their flick knives and was forced to reach out to the mods (whether this was a temporary measure while the rockers re-tool isn’t yet known): ‘Screaming’ Lord Falconer joined Corbyn’s band, although mod frontman Chuka Umunna was last seen riding his Vespa back up the A23 to mod-spot Streatham.

If last week’s Liberal Democrat conference was odd, the Labour conference in Brighton was the same, only bigger. It felt like two conferences. Superficially, the party is trying to come together. Much of the defeated right is taking at face value the new leader’s offer of a continued voice in the party. Indeed, they are using the opportunity to try to box him in on the EU and on Trident. The majority outwardly wish Jeremy Corbyn well. But then this is the big-hearted party that wished Ed Miliband well and wanted to believe in Gordon Brown.

Like Tim Farron at last week’s Liberal Democrats, the new leader was highly visible. He attended loads of receptions, reminding people that he won the election. It was softly done, as though he didn’t quite believe what had happened – though it was an effective way of reminding people about his mandate.

But despite Jeremy’s ‘kinder politics’, there were ridiculous snipes from either side. A magazine showing Corbyn rising, phoenix-like as the evil Blair is slain. And there is still a wing of the party that won’t acknowledge anything good done in 1997-2010. Stella Creasy told a crowd that it’s awful to lose. They got that. But when she pointed out that it was great to win in 1997 the audience was confused. Owen Jones was everywhere – but so were Ivan Lewis and Caroline Flint. Progress were noisy – and struck the right, humble tone. But Chuka Umunna kept a low profile. An Umunna fringe scheduled for just before Corbyn’s set piece speech was cancelled. Forgetful Mr Umunna had remembered a long-standing appointment back in his constituency: funny that.

It would have been better if the former shadow business secretary had travelled further north, to Redcar alongside local MP Anna Turley, to support the steelworkers. I was shocked by how little attention was given to the mothballing of the plant. ‘Powerhouse’ minister James Wharton’s unsympathetic remarks would have been red meat for conferences of a previous Labour generation.

It was very hard to get a sense of where the ‘real’ balance of conference lay. Partly that was because there were so many lobbyists. My suspicion is that these, even where they support Labour at all, tend to be on the right of the party and are perhaps unrepresentative. I watched Jeremy’s speech on a screen as the guest of a public affairs agency. The room was packed. The largest cheer was for the leader’s tribute to Liz Kendall. The rest of the speech was not as popular.

What will happen to the lobbyists in the future is an interesting question. One of the good things about these conference is that they are in some ways a marketplace for ideas. But there were perhaps too many fringe events. The NUT and NUS/AWT ran fringes at competing times. There were about six fringes about rail policy and commitments prevented me from attending any of them. Not many people will shed tears if the lobbyists disappear – other, perhaps, than the party treasurers. But they should: when effective they provide proper argument, challenge ideas and some of them stand up for the voiceless in society.

It’s hard to draw long-term conclusions but one thing is clear. Before Jeremy’s shadow cabinet was formed, it was believed by many that the next Labour leader would need to be untainted by taking part in what, it was thought, would be seen as Corbyn’s car crash. But I think it’s quite obvious now that, however Corbynism ends, whoever succeeds him will need to have got their hands dirty during this process, either because they were a true believer or as a member of the front bench. Umunna, Hunt and Flint may rue their decision not to serve.

2 comments on “Postcard from Brighton: Mods vs rockers at the Labour Party Conference”