Previous visitors to this blog will know that I’m fascinated by the former East Germany. And it was the Stasi element to this thriller that attracted me. But it is the sheer ambition and scale that I will remember. 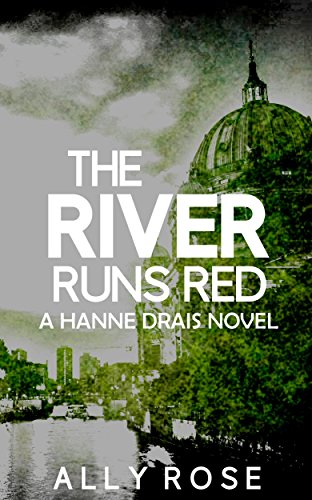 The premise is that some former Stasi officers are murdered in the run-up to the Millennium. The killer/s may have revenge on their minds, and to understand why we are given a fairly graphic description of the officers’ activities in the 1980s, torturing political dissidents and suspected traitors. Think The Lives of Others but much, much more graphic. For a while, the 1980s and 1999 narratives are alternated, and the story of how an Olympic-class rower escapes from the DDR is reminiscent of Rogue Male.

Rose is relentless in her description of the rottenness at the heart of the DDR’s state security (and the rottenness in the hearts of those responsible for it). But that in itself is not an especially fresh approach. What makes River interesting is that it explores whether and how old scores should be settled, when it’s a decade after the DDR collapsed and the excitement and promise of reunification has not healed the wounds of what happened in the period 1949-1989.

This is about guilt, and forgiveness, and temptation, and power, and the ethics of the state (as symbolised by the Stasi and the modern-day Berlin police). And it is about what we say to ourselves when we are trying not to notice that our moral code has been compromised. And it is about how we react when we justify our past actions against contemporary social norms. What happens when we realise that our former power came from a uniform – clothing that no longer carries any authority – and from our ability to suppress our sense of right and wrong? At a time when we are still in the grip of Brexit it is useful to have other perspectives of nationality and identity within Europe.

I’d have liked it if at least one of the DDR functionaries had been painted in a more nuanced way. Having said that, Rose is pretty unsentimental about modern day Germany, and there is an interesting exploration of whether psychological games are OK when played by people who see themselves as the good guys (our police friends Hanne Drais and co). We are also brought into the moral ambiguity ourselves as we consider whether we really want the killer to be found. This is a book that raises serious and timeless questions, wrapped in a plot that (the romance between Rudy and Gabi aside) gathers pace throughout.

So this is a cracking story, well-told. At the risk of sounding ungracious, though, the edition I read could have done with some additional proof-reading. I raise that not to sound snotty, but because some readers find errors quite intrusive. Rose’s storytelling deserves to be enjoyed and if you can look beyond the typos there is a great deal to discover in the red river.

You can get The River Runs Red here (affiliate link).

Thanks to Fahrenheit Press for the review copy and to Emma Welton from damppebbles.com for the invitation to take part in the blog tour, viz. 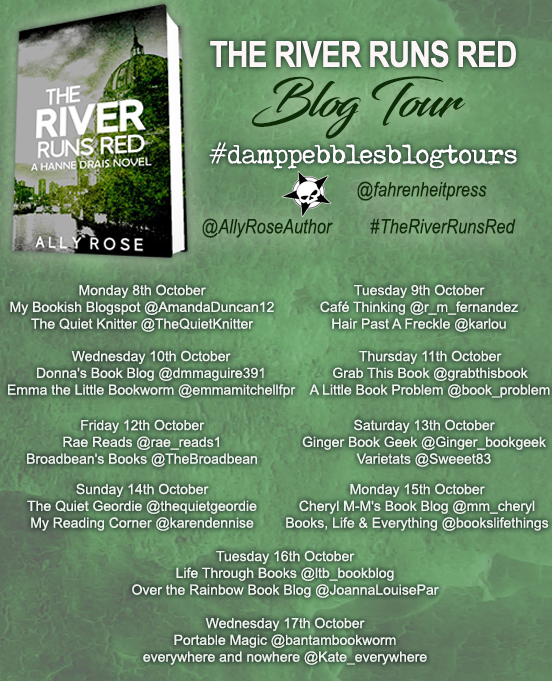 My Tweets
Join 2,633 other subscribers