To be honest, I’m more familiar with the wise-cracking, grizzled, cynical detective than the impetuous amateur sleuth. I’m on an adventure here, out of my comfort zone, and that’s something I have in common with English Murder’s protagonist. Eleanor Swift is an explorer – she has travelled all over the world and has relied on her own quick thinking to outwit foes and prevent at least one war. She has inherited Henley Hall and is, to her horror, Lady Swift, but she has no intention of buckling down to a lifetime of ladying. Luckily for us readers, it’s 1920: modern enough for Eleanor to have some agency, ancient enough for there to be some friction. (Obviously, I make that comment from a literary rather than political perspective.) 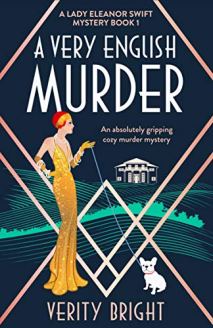 Now the cosy crime genre is well established but I don’t really know the reference points (though I can’t quite hide the idea of this being a kind of 100 year-old Agatha Raisin). You have to have some quirky characters and a community vibe. Eleanor’s got the hall staff, whom we like, her dog Gladstone (important at first as a sidekick and as a cipher for exposition), a few society contacts including an apparently dishy romantic interest. These things stand or fall on whether you can just go along with it and this creation, by Verity Bright, charms us rotten. I look up pictures of the cars that Rolls-Royce were producing at the time so I can better picture the scenes and I have cast Liza Goddard in her Bergerac days as Eleanor Swift. (Now I come to think of it I can picture her bellowing GIVE US A CLUE to her sidekick: her butler Clifford is henceforth cast as Lionel Blair.)

The dialogue is generally good fun and gently sends up contemporary attitudes to issues from vegetarianism to cycling. The initial crime, though, reminds me of 4.50 from Paddington – person witnesses crime, person reports crime, dozy local police can’t find any proof of crime having been committed (the body isn’t there any more). Person goes it alone (or with allies) and – let’s face it, we don’t want anything else – solves the thing to the consternation of the professionals. There are just enough red herrings to keep us satisfied; although I’m glad that I can point to at least one reason why I had my eye on the eventual perpetrator, I did suspect just about everyone in turn.

We like Eleanor which is just as well as the Verity Bright website tells us that at least two more novels are on the horizon. She has lots of guts and seems relatively unstuffy. On the other hand, her tendency to rush off before thinking things through grates a bit on occasion – though I loved the notes that she forced herself to write. She relies heavily on her butler Clifford who busts the norms of sidekickery by being the methodological, grounded one. Their relationship is a highlight of the novel and I hope that they will work together in the future. Love interest Lord ‘Goggles’ Fenwick-Langham is someone I hope will remain a bit player: one for the ‘will-they-won’t-they-oh-they-did-and-now-we-can-write-him-out-of-the-series’ list. I’ll be honest, I like my grit and social realism, but I’ll be keeping my eye out for how this series progresses.

Thanks to Sarah Hardy for the invitation to be on the blog tour, and to Bookoutre for the review copy. 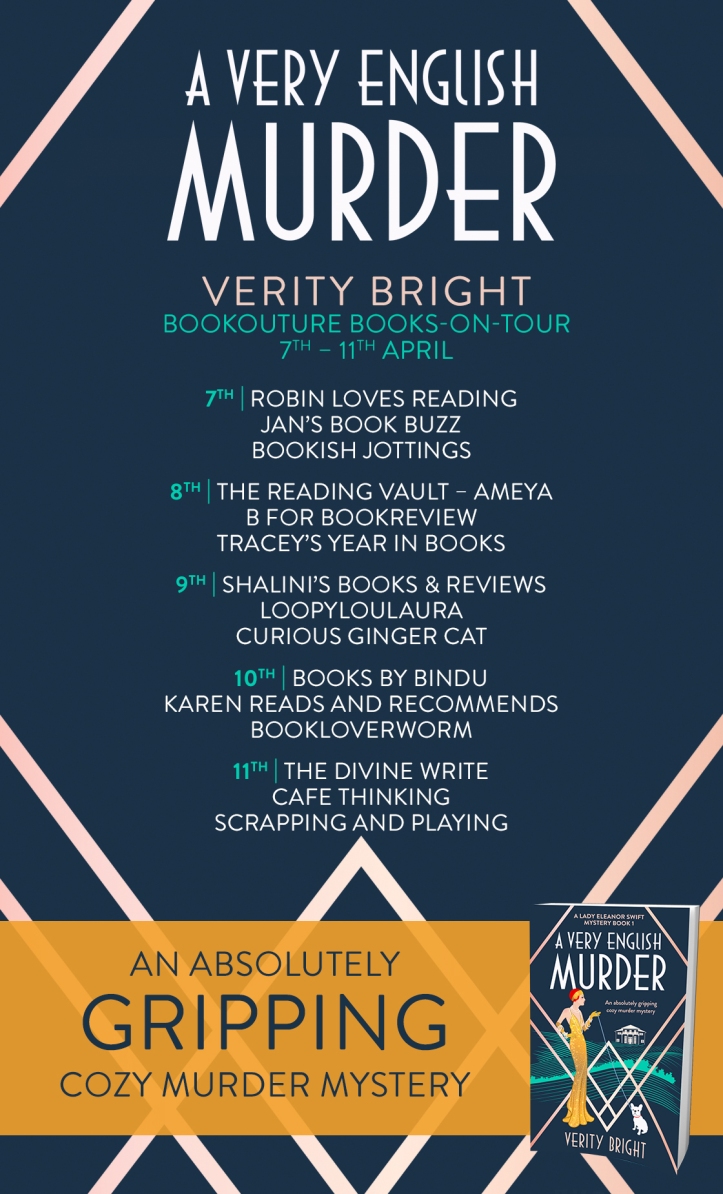